It’s back! March Madness is here again, and this time, we’re talking about the famous NCAA Basketball Tournament, not the craziness of one year ago when COVID shut down the world.

Sunday, March 14, was Selection Sunday, and now we know which teams are headed to the Big Dance. Brackets are now available and you can print your own to fill out and play along with the teams. 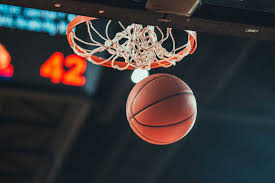 We’re all glad to see sports come back, especially this tournament. March Madness is fun for sports fans of all ages, though this year’s tournament will be unlike any we’ve ever seen.

For the first time ever, the entire tournament will be played one spot – Indiana. The NCAA announced this in early January, as a way to safely continue the March Madness tradition during COVID. The majority of games will be played in Indianapolis. Games will be played on two courts inside Lucas Oil Stadium, as well as Bankers Life Fieldhouse, Hinkle Fieldhouse, Indiana Farmers Coliseum, Mackey Arena in West Lafayette and Simon Skjodt Assembly Hall in Bloomington.

Teams will practice on multiple courts set up at the Indiana Convention Center.  All teams will be housed on dedicated hotel floors, with physically distanced meeting and dining rooms as well as secure transportation to and from competition venues. Local health providers will help with ongoing COVID testing for players, coaches and staff.

The NCAA will also allow a limited number of fans at each game, with venues operating at 25% capacity, which includes players, coaches, staff, officials, family members and limited spectators.

This tournament will certainly look different than any we’ve ever had. Usually the city of Dayton is abuzz with activity this week, as the road to the Final Four normally starts right up the road at the University of Dayton.

We may not be hosting teams this year, but Ashley’s Pastries is still preparing for the Big Dance by offering a full lineup of all of your game day snacks and treats.

We’ll have decorated cookies and cupcakes for the tournament, as well as custom orders available if you want cookies, cupcakes or cakes decorated for your favorite team. We’ll also have yummy cake pops for tournament time, too.

As the weather warms a bit, you may want to throw burgers or hot-dogs on the grill or an easy game time meal.  Don’t forget to stop in for our freshly baked buns and breads.

Like so many things in the past year, we’ve all learned to adapt, adjust and find creative solutions to make things happen during this crazy time in the world. The NCAA Tournament is evidence of that – how people can work together to make something happen, even when it means doing things a bit differently than before.

It also shows us that we can do this, and we can come back stronger and better than before. We’re excited for this March, and we’ll be here, cheering on the sidelines as teams keep on dancing.